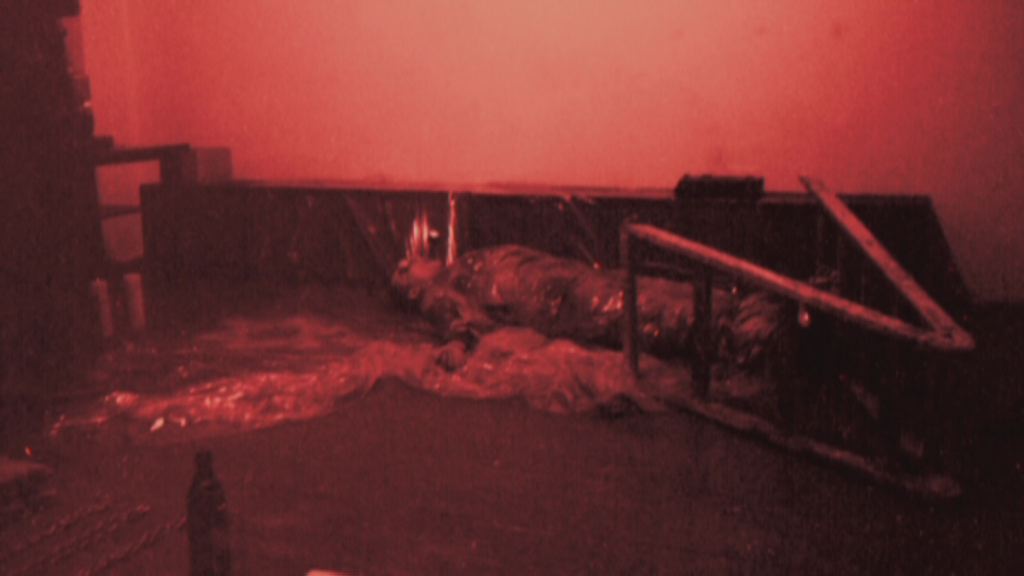 „STG § 58 : M 16 = M 8(reclining eight) beloved“ is a part of an expanded cinema series exploring the historically given link between the medial and the sacral, the film, the biographical and the performance art as well as their connection with the realistic. The body transformation and its perception in various methods of light projection stand methodically in the center of both, the sacral and the cinematic. The used documentary footage is possibly the earliest, or the only, material of that scope ever shot, that has been permitted during a profession in an Austrian Trappists’ order. My further works include passages belonging to that topic, that as elements of my biography have become an element of my work.